The Book of Jubilees (Paperback) 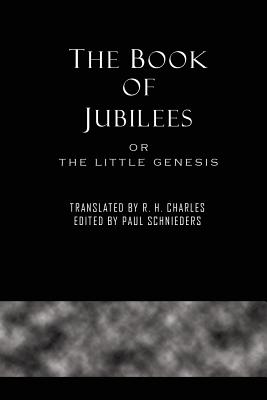 The Book of Jubilees, or, as it is sometimes called, "the little Genesis," purports to be a revelation given by God to Moses through an angel and it contains a history, divided up into jubilee-periods of forty-nine years, from the creation to the coming of Moses. Jubilees is considered one of the pseudepigrapha by Protestant, Roman Catholic, and Eastern Orthodox Churches, but it's considered canonical by the Ethiopian Orthodox Church as well as Beta Israel (Ethiopian Jews), where it is known as the Book of Division. The complete text of the Book is extant in an Ethiopic version, which is also the most accurate version that has survived. It was well known to Early Christians, as evidenced by the writings of Epiphanius, Justin Martyr, Origen, Diodorus of Tarsus, Isidore of Alexandria, Isidore of Seville, Eutychius of Alexandria, John Malalas, George Syncellus, and George Kedrenos.