The Story of Daniel the Prophet: Annotated (Paperback) 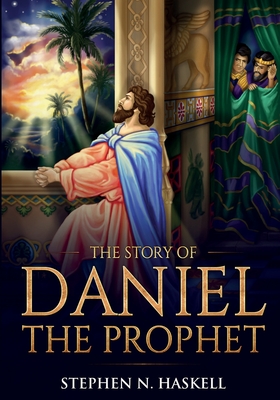 The Story of Daniel the Prophet is both a history and prophetic revelation of events that, as revealed to Daniel in vision, took place, have taken place, and are about to take place in the earth. While history bears witness to the veracity of Daniel's account, the last day events transpiring at this time confirm it as well. Stephen N. Haskell, author of this timeless book, had a depth of understanding and Scriptural knowledge that few could rival today. With skillful pen, Haskell wove the story of the prophet Daniel into a study of his prophecies, connecting the dots with world history as he wrote. Haskell concluded with an explanation of the last chapter of Daniel, which shows the great triumphal climax of the "great controversy" with the Second Coming of Jesus Christ. Though written in 1904, this book remains accurate--and relevant--in our day. Its spiritual content and scope never fail to challenge, inspire, and amaze. This book is highly recommended for any serious student of Bible prophecy, or anyone who simply wants to understand more fully what the Bible predicts for these tumultuous times.