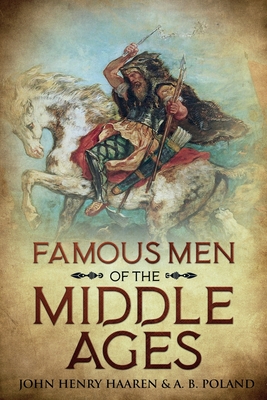 This is book number 3 in the Famous Men series.

"Famous Men of the Middle Ages" features attractive biographical sketches of thirty-five of the most prominent characters in the history of the Middle Ages, from the barbarian invasions to the invention of the printing press. Each story in this book by John Haaren is told in a clear, simple manner, and is well calculated to awaken and stimulate the youthful imagination. Notable characters featured in "Famous Men of the Middle Ages" include Attila the Hun, Charlemagne, William the Conqueror, Frederick Barbarossa, Marco Polo, and William Tell. This book also includes a chapter about one woman: Joan of Arc. This book provides a great introduction to the Middle Ages, not only for children, but for adults who missed out on studying some of the more fascinating figures during this time period. John Haaren, who also wrote Famous Men of Greece, Famous Men of Rome, and Famous Men of the Middle Ages, was an American educator and historian. Haaren's father was German and his mother Irish. He studied under Professor N. M. Butler at Columbia University, 1889-91, before becoming a teacher in New York. In 1907 he became Associate Superintendent of Schools in New York, increasing the number and efficiency of kindergartens and starting classes to teach English to foreigners. He was president of the department of pedagogy in the Brooklyn Institute. Haaren High School which was located in Manhattan named in his honor. The Charles B. J. Snyder-designed school, which was initially De Witt Clinton High School, is now Haaren Hall on the campus of the John Jay College of Criminal Justice.