Przemyśl, Poland: A Multiethnic City During and After a Fortress, 1867-1939 (Central European Studies) (Paperback) 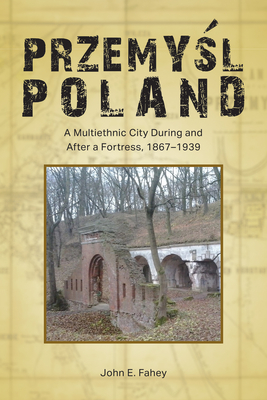 By John E. Fahey
This item is not available.

Przemyśl, Poland: A Multiethnic City During and After a Fortress, 1867-1939 examines the economic, political, demographic, and cultural ramifications of Austro-Hungarian military investment in Przemyśl, Poland, from the inception of the fortress in the 1870s, through four months of siege in World War I, to the decades of social change before World War II. The city of Przemyśl lies a few miles west of the Poland-Ukraine border. In the decades before World War I, the Austro-Hungarian military poured money, troops, and material into this multiethnic city and transformed it into the Empire's largest fortress complex. Though intended to protect the border with Russia and inspire political loyalty, the resultant garrison instead made the city a target and prompted revulsion among local socialists who opposed the army's dominant position in town.

The heart of this book is the exploration of the relationship between soldiers and civilians in urban environments. The city's physical and demographic growth was irreversibly tied to the army, yet much of the population rejected the garrison and fought with its soldiers. By 1907, Przemyśl featured one of the largest social democratic movements in Austrian Galicia. By 1914, the city was besieged by the Russian Army, and by 1918, the city was part of the new Second Polish Republic. Przemyśl, Poland is the story of how a single city transformed radically over a few decades, with lasting lessons about the consequences of the military culture colliding with civilian life.