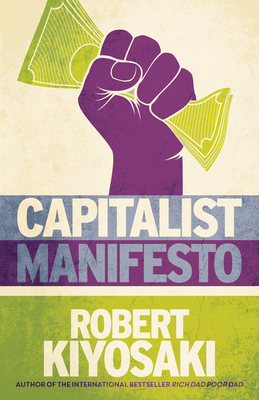 An overarching message of Capitalist Manifesto is...
WE WERE WARNED
In 1965, Robert Kiyosaki left Hilo, Hawaii and reported to the US Merchant Marine Academy, at Kings Point, New York.
At the academy, Robert's economics teacher, encouraged the class to read Marx's Communist Manifesto, Hitler's Mein Kompf, and Mao's Little Book.
In 1972, Robert was a US Marine Corp pilot, flying in Vietnam, witnessing lessons learned about communism, at the academy, coming true in real life.
In 1973, returning to California, Robert and his troops were greeted by anti-war protestors, hippies of the Woodstock Generation. Marx's Communist Manifesto was alive and well in America. Marx's ideology was spreading through America via the education system.
In 2020, protestors are parents, protesting mandatory vaccines for their children, wearing of masks, and the teaching of Critical Race Theory, gender identity, and Post-Modernist Education... all Marxist in heritage.
WE WERE WARNED. Capitalist Manifesto is a book of warnings. For example: On capitalism Marx warned: "The last capitalist we hang shall be the one who sold us the rope." On education Lenin warned: "Give us the child for eight years and it will be a Bolshevik forever." On elections Stalin warned: "It's not the people who vote that count...It's the people who count the votes." On the Federal Reserve bank Lenin warned: "The establishment of a central bank is 90% of communizing a nation." On printing money, taxes and inflation Lenin said: "The way to crush the bourgeoise is to grind them between the millstones of taxation and inflation. Capitalist Manifesto is dedicated to our freedoms, especially the Freedom of Truth. Capitalist Manifesto is dedicated to seeking out the truth behind the NEA, IRS, and FED -- the National Education Association, the Internal Revenue Service, and the Federal Reserve Bank. In Capitalist Manifesto I offer alternatives that any person or family can put in motion. How can we counter communism taught in our schools? By teaching capitalism in our homes.