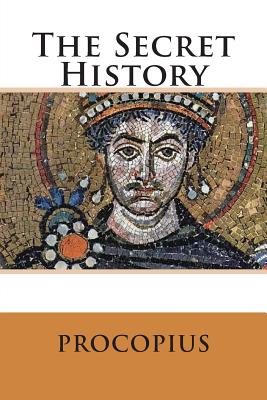 Procopius of Caesarea was a prominent Byzantine scholar from Palestine. Accompanying the general Belisarius in the wars of the Emperor Justinian I, he became the principal historian of the 6th century, writing the Wars of Justinian, the Buildings of Justinian and the celebrated Secret History. He is commonly held to be the last major historian of the ancient world. The Secret History was discovered in the Vatican Library and published by Niccolo Alamanni in 1623 at Lyons. The Secret History reveals an author who had become deeply disillusioned with the emperor Justinian and his wife, Empress Theodora, as well as Belisarius, his former commander and patron, and Antonina, Belisarius' wife. The anecdotes claim to expose the secret springs of their public actions, as well as the private lives of the emperor, his wife and their entourage. Justinian is raked over the coals as cruel, venal, prodigal and incompetent; as for Theodora, the reader is treated to the most detailed and titillating portrayals of vulgarity and insatiable lust combined with shrewish and calculating mean-spiritedness.