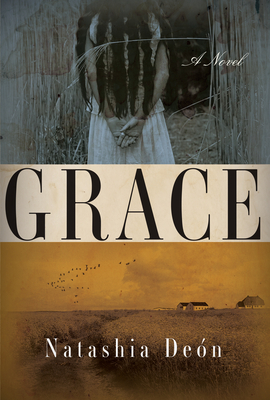 A New York Times Best Book of the Year

A universal story of freedom, love, and motherhood, this sweeping, intergenerational saga features a group of outcast women during one of the most compelling eras in American history.

This “gripping and deeply affecting” historical fiction debut set during the Civil War era has echoes of Twelve Years a Slave, Cold Mountain, and Beloved (Buzzfeed).

For a runaway slave in the 1840s south, life on the run can be just as dangerous as life under a sadistic Massa. That’s what fifteen–year–old Naomi learns after she escapes the brutal confines of life on an Alabama plantation and takes refuge in a Georgia brothel run by a gun–toting Jewish madam named Cynthia. Amidst a revolving door of gamblers and prostitutes, Naomi falls into a love affair with a smooth–talking white man named Jeremy.

The product of their union is Josey, whose white skin and blond hair mark her as different from the others on the plantation. Having been taken in as an infant by a free slave named Charles, Josey has never known her mother, who was murdered at her birth. Josey soon becomes caught in the tide of history when news of the Emancipation Proclamation reaches her and a day of supposed freedom turns into one of unfathomable violence that will define Josey—and her lost mother—for years to come.

“With her debut novel, Grace, Natashia Deón has announced herself beautifully and distinctively. Her emotional range spans several octaves. She writes with her nerves, generating terrific suspense. And her style is so visual it plays tricks on the imagination — did I just watch that scene? Or did I read it? Ms. Deón is not merely another new author to watch. She has delivered something whole, and to be reckoned with, right now… It's Ms. Deón's real and rare ability to make reading a felt, almost physical experience — of terror, rage, identification, sorrow. Ms. Deón is a graphic and unsparing storyteller… In Grace, Ms. Deón explores, with psychological acuity and absolutely no mercy, what the institution did to slave women — specifically, how it deprived them of the most basic chance to love, delight in and protect their own children.”
—Jennifer Senior, New York Times

“Gripping and deeply affecting, Grace is an examination of injustice, violence, love, legacies, and survival.”
—Buzzfeed

“[A] haunting portrait of slavery, love and violence.”
—Newsday

“We are looking forward to Grace because it's a multigenerational story about strong women in one of the darkest eras of American history.”
—Redbook

“Put this one on your summer saga reading list.”
—KQED Arts

“This book is well worth any emotional turmoil it puts you through––especially at this particular moment in our country's history.”
—PureWow, Book Club Pick

“Grace is a sweeping, intergenerational saga featuring a group of outcast women during one of the most compelling eras in American history. It is a universal story of freedom, love, and motherhood, told in a dazzling and original voice set against a rich and transporting historical backdrop.”
—Book Riot

“In vivid, haunting prose, Déon looks at one such line of women—mother, daughter, granddaughter—to tell the stories that must be told. A profound work of heart and grace.”
—The Root

“Deon's novel is timely; she captures the eerily familiar violence of the slavery era, and the ways in which the promises of the Emancipation Proclamation turn hollow.”
—Lithub

“Initially what sets Grace apart is aesthetic: Naomi tells her own story, and witnesses Josey's, as a ghost. What stuck with me about this novel, though, is its questioning of what redemption and justice would mean in this context. Naomi finds resolution, but this remains an unsettled and unsettling, literally haunted, debut.”
—The Globe and Mail

“If the expression “natural–born storyteller” hasn't yet gone to the glue factory, then [this novel] take[s] the nag out for a fresh canter…. Still, once you settle into [this] novel, a sign takes shape overhead: Quiet Please. People Reading… [R]ight from these first few pages, Deón demonstrates a gift for terror by telegraph… overall the suspense doubles, marvelously.”
—Brooklyn Rail

“Deón's powerful debut is a moving, mystical family saga . . . The book provides penetrating insight into how confusing, violent, and treacherous life remained in the South after the Emancipation Proclamation, and how little life improved for freed slaves, even after the war. The omnipresences of Naomi's ghost renders the story wide–angled, vast, and magical. Deón is a writer of great talent, using lyrical language and convincing, unobtrusive dialect to build portraits of each tragic individual as the sprawling story moves to its redemptive end.”
—Publishers Weekly, starred review

“There are moments of love in this harsh, affecting first novel, but the story mostly conveys the taking of personal freedom and human dignity. The presence of the apparition is fanciful, but it works well in bringing resolution to an imbalanced set of happenings.”
—Library Journal

“In her gripping debut novel, Deon, awarded a PEN Center USA Emerging Voices Fellowship, among other honors, dramatizes alliances formed by women in a violent place and time with adroit characterizations, a powerful narrative voice, and the propulsive plotting of a suspense novel… Deon stays in control of her complex material, from its clever parallel structure to the women's psychological reactions to relentless tension. Readers will ache for these strong characters and yearn for them to find freedom and peace.”
—Booklist, starred review

“[T]his is a brave story, necessary and poignant; it is a story that demands to be heard. This is the violent, terrifying world of the antebellum South, where African–American women were prey and their babies sold like livestock. This is the story of mothers and daughters—of violence, absence, love, and legacies. Deón's vivid imagery, deft characterization, and spellbinding language carry the reader through this suspenseful tale. A haunting, visceral novel that heralds the birth of a powerful new voice in American fiction.”
—Kirkus, starred review

“People will compare this book to Twelve Years a Slave, Cold Mountain, and Beloved, and those are fair comparisons for the kind of time and place here, and the evocation of the south 150 years ago. But reading it, I thought of murder ballads, those songs of melancholy and injustice. Natashia Deon's genius lies, in part, in writing a book that sustains a murder ballad's intensity for hundreds of pages and gets into your bones like a song.”
—Rebecca Solnit, author of Men Explain Things to Me and The Faraway Nearby

“Natashia Deón's gorgeous debut is not only a piercing and unwavering exploration of slavery and its legacy, but also a fierce insistence that we honor and acknowledge the ghosts that haunt our America today. Like all important, classic books, Grace makes a story we think we know, the story of our country and its people, dazzling and new. This is not a book anyone is going to be able to put down—or forget.”
—Dana Johnson, author of Elsewhere, California, nominee for the Hurston/Wright Legacy Award

“The ghost narrator in Grace articulates how she feels when she falls in love: Filled. It is precisely how this flawlessly constructed novel will leave you. With muscular prose whose poetry is unforced, Deon lights a fire under the feet of her characters, women and men consumed by their fidelity to each other and untamed by their circumstances, who charge through history at the speed of thought. Deon makes the case anew that the facts of the past can only be understood by training an unflinching gaze upon the human beings who survived its horrors and proves on every page that only a consummate writer is equal to the task.”
—Ru Freeman, author of A Disobedient Girl and On Sal Mal Lane

“Natashia Deon's superlative, gorgeously written debut grips you by the throat, exploring a teeming, post–Civil War world where the emancipation of slaves can be anything but freedom, violence is as casual as a cough, and love between a mother and a daughter can transcend even death. Scorchingly brilliant, this is one novel that already feels like a classic.”
—Caroline Leavitt, New York Times bestselling author of Is This Tomorrow and Pictures of You

“Grace is a swirling wild ride into the sheer terror of slavery and the aftermath, a deep travel into the inexhaustible spirit of survival of her characters, and an eye into fields and forests which remain unforgettable. The women and men in this novel transcend all notions of what we've read before, and their bravery is tempered with a melancholy so deep it remains long after the last page.”
—Susan Straight, author of Between Heaven and Here