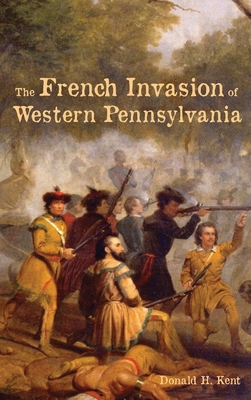 Donald Kent provides the French vantage point from French documents concerning the forays in the Ohio country, later western Pennsylvania. The strategic aim of the French advances was to provide passage from French Canada to Louisianna via the Ohio and Mississippi Rivers. To do so, Governor Duquesne sent an armed construction crew to new build forts between Lake Erie and the Allegheny River. This activity disturbed the Five Nations of the Iroquois, who were loyal to the British. Alerted to the invasion in the wilderness, the colonial governor of Pennsylvania planned to meet with the Five Nations, but no military response was ordered. Instead, Ben Franklin, Conrad Weiser, and others went to Carlisle to meet with the natives. Meanwhile, the Virginians sent young George Washington to meet with the French. It was not long after that the French and Indian War commenced.