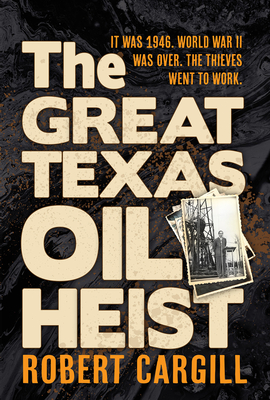 It was 1946. World War II was over. The thieves went to work. They drilled deviated wells from outside the East Texas Oil Field back into the oil that remained after 16 years of production. This was the oil field that supplied the oil needed for an Allied victory in 1945. The deviators continued their nefarious activity until an angry and aggressive attorney general led his posse of lawmen, including the Texas Rangers, into East Texas to stop the theft and administer Texas justice. I tell this story on the basis of 35 years of research and my father’s well files. Yes, he drilled six of the nearly 400 deviated wells. I first learned of the so-called Slant-Hole scandal in late spring 1962. That’s when colleagues in my research group at the University of California at Berkeley accosted me with the morning’s San Francisco Chronicle. They knew my father was an East Texas oilman. One pointed to an article reporting that oilmen in East Texas had drilled “deviated” oil wells from beyond the known productive limits of the East Texas Oil Field to steal oil.

“Has your dad been stealing oil?”

I had known nothing of the illicit activity until that morning.

Then a report in TIME further exposed the East Texas oil scandal that had erupted in my hometown of Longview.

Here, then, for the first time, I reveal the story of how a few dozen oilmen stole up to 20 million barrels from the East Texas Oil Field.  I am eager to share what I have learned and to tell the truth of the slant-hole scandal—the circumstances that made it inevitable, who did what to whom, and how the matter eventually reached its conclusion. Much of what I reveal in this book has been the tightly guarded secrets of the families of the participants so that grandchildren can be kept from knowledge of granddaddy’s scandalous behavior. But most of what I reveal here lies barely hidden in the public record. The slant-hole story is a significant piece of Texas history, and it must be told before no one is left to tell it.