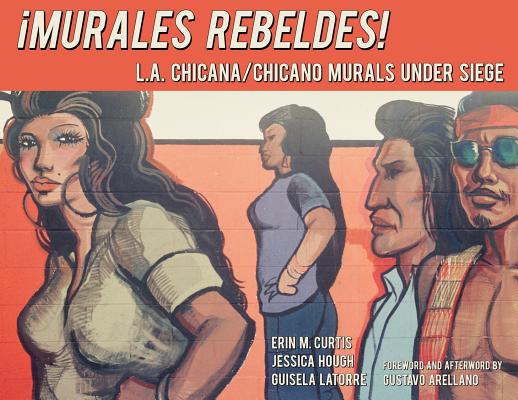 The Chicano Civil Rights Movement (El Movimiento) of the 1960s and 1970s protested the social, political, and educational inequalities in Mexican American communities across the country, primarily in the Southwest. Chicana/Chicano muralists also took to the streets--with their art--creating works that expressed cultural pride, embodied political activism, and challenged the status quo. On walls of city buildings, housing projects, schools, and other community structures, they painted their interpretations of Chicana/o heritage and identity. In Los Angeles and its environs, Chicana/o murals reinvigorated and transformed communities, expanding into new genres and locations.

Murales Rebeldes : L.A. Chicana/Chicano Murals under Siege tells the stories of eight Chicana/o murals from the 1970s to the 1990s. All have endured a lack of recognition--as works of art, as acts of personal expression, and as voices with social, historical, or political relevance. Some of the murals still exist--in both preserved and decaying states--while others have been whitewashed, censored, neglected, and even destroyed.

Murales Rebeldes : L.A. Chicana/Chicano Murals under Siege not only recounts the time, place, and conditions under which these works were created, but celebrates the artistic and personal contributions of the murals and their muralists to public art and the historical record.

Erin M. Curtis is senior curator at LA Plaza de Cultura y Artes in Los Angeles. Formerly she was Assistant Curator at the Skirball Cultural Center and Exhibition Media Researcher at Local Projects. ● Jessica Hough is director of exhibitions at the California Historical Society. Coauthor of Revisiting the Glass House: Contemporary Art and Modern Architecture (2008) and Catherine Opie: 1999/In and Around Home (2006), she was previously director of exhibitions at the Hammer Museum and director of the Mills College Art Museum. ● Guisela Latorre is Associate Professor at Ohio State University where she teaches Latina/Chicana feminism, visual culture, and Latina/o art. She is the author of Walls of Empowerment: Chicana/o Indigenist Murals of California (2008). ● Gustavo Arellano is editor of OC Weekly, an alternative newspaper in Orange County. He also the author of the nationally syndicated column Ask a Mexican and Taco USA: How Mexican Food Conquered America (2013).