The Antikythera Mechanism: The Story Behind the Genius of the Greek Computer and its Demise (Paperback) 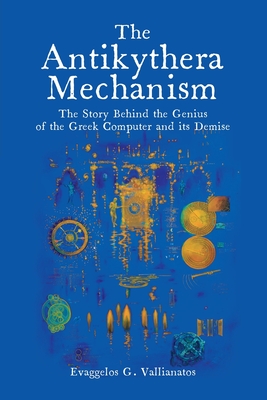 By Evaggelos Vallianatos
This item is not available.

In Antikythera Mechanism: The Story Behind the Genius of the Greek Computer and Its Demise, Evaggelos Vallianatos, historian and ecopolitical theorist, shows that after the conquest of Persia by Alexander the Great in the late fourth century BCE, the Greeks, especially in Egypt, reached unprecedented heights of achievements in science, technology, and civilization. The Antikythera Mechanism, an astronomical computer probably crafted in Rhodes in the second century BCE, was proof of that prowess. It's the grandfather of our computers.

Greek sponge divers discovered the Antikythera Mechanism in 1900 on a 2,100-year-old Roman-era shipwreck. The hand-powered device reveals a sophisticated Greek technology previously unknown to scholars and historians, not seen and understood again until the twentieth and twenty-first centuries. The book not only describes how the sophisticated political and technological infrastructure of the Greeks after Alexander the Great resulted in the Antikythera celestial computer, and the bedrock of science and technology we know today, but also how the influence of Christianity on Greek civilization destroyed the nascent computer age of ancient Greece. Vallianatos, born in Greece and educated in America, is a historian, author, and journalist. He is a passionate champion of Greek culture and a well-suited guide to this historical account.

Vallianatos explains how and why Greek scientists employed advanced engineering in translating the beautiful conception of the Antikythera Mechanism into an astronomical computer of genius: a bronze-geared device of mathematical astronomy, predicting the eclipses of the Sun and the Moon; calculating the risings and settings of important stars and constellations, and the movements of the planets around the Sun; while mechanizing the predictions of scientific theories. The computer's accurate calendar connected these cosmic phenomena to the Olympics and other major Panhellenic religious and athletic celebrations, bringing the Greeks closer to their gods, traditions, and the Cosmos.