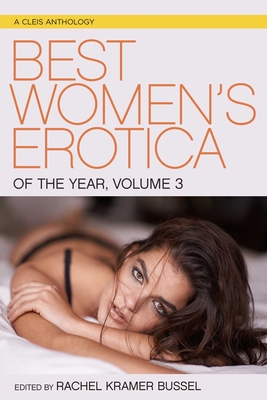 Rachel Kramer Bussel is the editor of over 70 anthologies featuring over 700 authors, including The Big Book of Orgasms and the Best Women’s Erotica of the Year series. She writes widely about sex, dating, books and pop culture, and has contributed to over 100 erotica anthologies, including Best American Erotica 2004 and 2006. She teaches erotica writing workshops online and in person and consults with authors via EroticaWriting101.com. Follow Rachel @raquelita on Twitter. Her books have won the IPPY (Independent Publisher) Award for Erotica and the Samois Anthology Award from the National Leather Association-International and she is the winner of the Living in Leather John Preston Award

"Sink your teeth into these female-focused stories wherein our heroines explore their boundless passions and fantasies in a variety of page-turning of ways." --Stylecaster
— Reviews

"...perfectly curated selections with strong female characters who are in the driver's seat when it comes to sexual exploration... [T]he characters, storylines and sexy moments are incredibly unique." --Romancing the Book blog
— Reviews

"If you love erotica in all shapes and colors, this is something that'll heat up your winter night." --Bitches n Prose
— Reviews

"...[T]here isn't a single story that didn't have some line or image that caught my attention...Plus there were several that opened my eyes and mind." --T.C. Mill
— Reviews