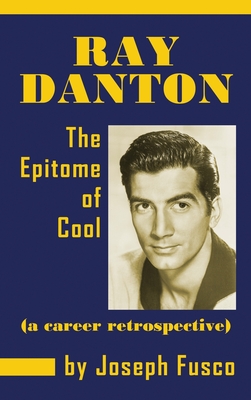 Ray Danton was an actor who exemplified a particular Hollywood period even though he was not famous. He was a contract player during the demise of the studio system, a precarious time for the grooming of stars. Like the big stars of his time, Ray Danton earned his share of press and publicity puff pieces announcing business deals, vacation plans, personal appearances, industry parties and movie and television contract signings. His name had its time in bold tintype, especially in the late 50's through the mid-60's: the Eisenhower-Camelot eras.

Danton's heyday was the Hollywood of slick hair, cigarette smoking, hard drinking and two-fisted negotiations. His sharp-edged baritone matched dark chiseled features, making him a natural for his roles as suave heroes or venal hustlers. He had the look of a sly fox and the smooth moves of a dancing thief. Ray Danton's confident attitude, serpentine movements, switchblade stare, and silver-tongued voice gave his characters a touch of menace and panache.