Edge of the Abyss: The Usefulness of Antichrist Terminology in the Era of Donald Trump (Paperback) 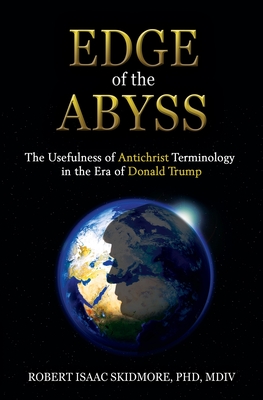 By Robert Isaac Skidmore
This item is not available.

Academic discourse does not often reference the idea of antichrist, perhaps because it is seen as archaic or as too closely associated with religious fundamentalism. Robert Isaac Skidmore, a depth psychotherapist and an Orthodox priest, argues that antichrist, alongside its theological meaning, designates an aspect of our psychological, social, and political experience that becomes hazardous, especially when ignored or dismissed. Seeing Donald Trump's cultural and political influence as expressive of an archetypal pattern,

Skidmore explores implications of taking the idea of antichrist seriously--in order to lift it toward conscious awareness and responsible use. Christian individuals are asked to reconsider the theological function of the notion of antichrist as a summons to self-scrutiny concerning their fidelity to truth. Readers, religious or not, are invited to awareness of antichrist's archetypal contours, in order to appreciate its significance for the understanding of psychological and social phenomena and to better understand the implications of its use--including its potential benefits and hazards.

I. Antichrist in Its Theological Setting

Antichrist as Marker Between Truth and Error

Sociopathy: The Psychological Correlate to Antichrist

III. Antichrist in Context of Psyche and Sacred

Antichrist as Expression of Evil

Differences Between Religious and Psychological Understandings of Antichrist

Antichrist as Expressive of Group Dynamics

Antichrist as a Label

Antichrist as an Operative Principle

V. Assessment of a Dangerous Idea

Usefulness of the Antichrist Concept

Caution in Use of Antichrist Terminology