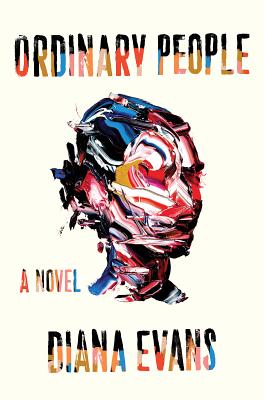 A New Yorker Best Book of the Year

Shortlisted for the Women's Prize for Fiction, the Orwell Prize for Political Fiction, and the Rathbones Folio Prize

Evoking the sharp insight of Little Fires Everywhere and the sweep of NW, an incisive portrait of the bliss and torment of domestic love.

Hailed as “one of the most thrilling writers at work today” (Huffington Post), Diana Evans reaches new heights with her searing depiction of two couples struggling through a year of marital crisis. In a crooked house in South London, Melissa feels increasingly that she’s defined solely by motherhood, while Michael mourns the former thrill of their romance. In the suburbs, Stephanie’s aspirations for bliss on the commuter belt, coupled with her white middle-class upbringing, compound Damian’s itch for a bigger life catalyzed by the death of his activist father. Longtime friends from the years when passion seemed permanent, the couples have stayed in touch, gathering for births and anniversaries, bonding over discussions of politics, race, and art. But as bonds fray, the lines once clearly marked by wedding bands aren’t so simply defined. Ordinary People is a moving examination of identity and parenthood, sex and grief, and the fragile architecture of love.

Diana Evans is a London-based novelist whose debut, 26a, won the Orange Award for New Writers. Ordinary People was shortlisted for the Orwell Prize, the Women’s Prize, and the Rathbones Folio Prize, and won the South Bank Sky Arts Award.

The book achieves a moody, velvety atmosphere, as though events were unfolding under amber-tinted bulbs. Bracketed by Barack Obama’s electoral victory and Michael Jackson’s overdose, Ordinary People also offers a precise sketch of the British black middle class, with a daring fifth-act twist.

Evans, the author of two previous books, has earned comparisons to Dickens with her panoramas of a jumbled, multitudinous London, but Tolstoy remains her spirit guide in how he intertwined the public and the private, the momentous and the mundane.... Exceptionally sensitive writing.
— Katy Waldman, The New Yorker

Epic… Evans' exuberant prose, which bursts at the seams with description, is the real star of this book.
— Refinery29, "The Books of September 2018 We Can’t Wait to Read"

The award-winning author of 26a and The Wonder returns with her first novel in nearly a decade and it’s a doozy: a scandalous, explosive contrast of two marriages, both of which vie to survive crises over the course of a year.

Diana Evans has masterfully crafted a beautiful, nuanced story about love, loss, and redemption. With compelling prose and an uncanny insight into the questions life throw at us as human beings, she has established herself as a voice to behold.
— Nicole Dennis-Benn, author of Here Comes the Sun

Evans’ novel explores the fault lines that can run through a marriage, and unpacks the intersection of race, gender, and politics with something as profoundly intimate as marriage.
— Huffington Post, "Fall 2018 Books We Can’t Wait to Read"

Diana Evans is a lyrical and glorious writer; a precise poet of the human heart.
— Naomi Alderman, author of The Power

Deep and addictive.... Evans zooms out to build her characters' culturally rich backstories as they struggle to recognize their older selves and the relationships that have aged along with them. A probing, entertaining, and self-affirming novel of men and women getting relatably lost in the crises and hauntings of early midlife.
— Annie Bostrom, Booklist [Starred Review]

That rarest thing: a literary novel about real, recognizable human beings—a poignant portrait of middle life in London's middle class. Evans has given us four thirtysomething characters so perfectly drawn that they seem to come from a brilliant Netflix dramedy, but has rendered them with a classical prose so confident that it seems to come from a 19th century novel. Beach reading for the thinking beachgoer: as intelligent and insightful as it is hilariously entertaining.
— Taiye Selasi, author of Ghana Must Go

This new novel from Evans (26a) tells the story of a group of young, mostly black Londoners searching for equanimity in their personal and professional lives, with the music of John Legend, Jill Scott, and Amy Winehouse providing the soundtrack as they navigate the rocky roads from dating to mating and parenting…. With astute observations on marriage and parenthood… and an accompanying playlist to boot, this novel is anything but ordinary. It’s a sparkling gem.

Ordinary People sings with every word. The writing is pitch perfect, the underlying politics of race and gender is never heavy handed, and the characterization of south London is enviable. I know these streets and they beat to the music that runs through this book... a lyrical and beautiful story. It's a triumph.

A portrait of a relationship on the brink set in Great Recession-era London…. Balancing dry humor, wit, and empathy, Evans expertly delineates her main characters’ frustrations…. Evans frankly and unflinchingly depicts a romance overwhelmed by the ennui of everyday life.
— Kirkus Reviews

Striking.... With penetrating emotional and psychological observations, Evans creates a realistic portrayal of the couples as they struggle to redefine commitment. Readers looking for careful studies of relationship dynamics will find much to contemplate.
— Publishers Weekly

If Ordinary People is about compromise, it is also about how we live today and, refreshingly, Evans shows this through the prism of black and mixed-race identities, conjuring an urban milieu that is middle-class and non-white.... [This novel] has universal appeal in its reflections on love and yet carries a glorious local specificity.... It could easily be reimagined for the screen, though the film would not capture the sheer energy and effervescence of Evans’s funny, sad, magnificent prose.

A smartly satirical portrait of metropolitan thirtysomethings.... the agony of ordinary life is also what makes Ordinary People an absorbing read. Evans gives us an entirely believable account of relationships, recognizing how they defeat us, encircle us and leave us gasping for air. Part of this believability comes of her ear, attuned not only to John Legend albums, but the entire acoustics of the noughties.