The Only True Biography of Mae Jemison, By Sneeze, Her Cat (Paperback) 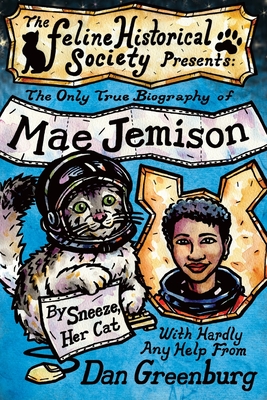 You probably already knew that Mae Jemison was the first black woman astronaut in space (and also a doctor and a dancer), but Sneeze will tell you surprising and absolutely true things that you didn't know, like:

It's the second book in a series of biographies of American heroes, as told by their devoted but snarky cats, translated from the original Cattish.