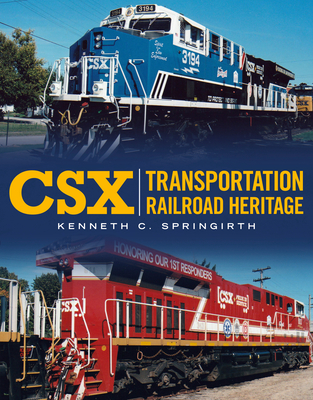 CSX Transportation Railroad Heritage is a photographic essay of this major railroad that was formed in 1980 by a merger of the Seaboard Coast Line with the Chessie System, providing a history that goes back to its beginning with the opening in 1830 of the Baltimore & Ohio Railroad, which was the first common carrier railroad in the United States. An early predecessor railroad was the Chesapeake & Ohio Railway which introduced the figure of a sleeping kitten Chessie in 1933 that became a well-recognized advertisement for passenger service and later for freight service. Each of the railroads that were merged contributed to CSX reaching important population, energy, and manufacturing markets. The CSX Pride in Service program resulted in three special painted locomotives (shown in this book) honoring the nation's veterans, active military personnel, and first responders.