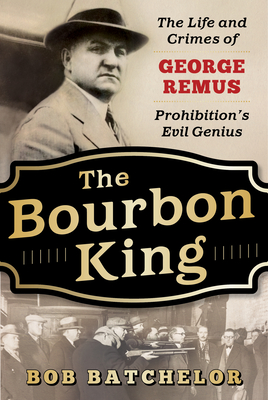 By Bob Batchelor
This item is not available.
Out of Print

On the 100th anniversary of The Volstead Act comes the epic, definitive story of the man who cracked the Prohibition system, became one of the world's richest criminal masterminds, and helped inspire The Great Gatsby. In October 1919, Congress gave teeth to Prohibition. But the law didn't stop George Remus from amassing a fortune that would be worth billions of dollars today. As one Jazz Age journalist put it, Remus was to bootlegging what Rockefeller was to oil. Author Bob Batchelor breathes life into the largest illegal booze operation in America--greater than that of Al Capone--and a man considered the best criminal defense lawyer of his era. Remus bought an empire of distilleries on Kentucky's "Bourbon Trail" and used his other profession, as a pharmacist, to profit off legal loopholes. He spent millions bribing officials in the Harding Administration, and he created a roaring lifestyle that epitomized the Jazz Age over which he ruled. That is, before he came crashing down in one of the most sensational murder cases in American history: a cheating wife, the G-man who seduced her and put Remus in jail, and the plunder of a Bourbon Empire. Remus murdered his wife in cold-blood and then shocked a nation, winning his freedom based on a condition he invented--temporary maniacal insanity. Love, murder, political intrigue, mountains of cash, and rivers of bourbon...the tale of George Remus is a grand spectacle and a lens into the dark heart of Prohibition.