שקמתי אם בישראל You Arose, a Mother in Israel (Hardcover) 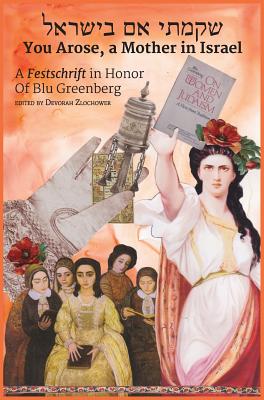 שלנו ושלכן שלה הוא - What is ours is hers.

This festschrift honors Blu Greenberg, whose moral leadership, tenacity and gentle hutzpah have shattered the traditional limits for women and created undreamed of possibilities. We live in an unprecedented moment in Jewish history, when access to talmud Torah, tefillah be'tsibbur, and religious leadership are recognized as the rightful inheritance of Jewish women. This festschrift dedicated to Blu on the occasion of her 80th birthday gives us the opportunity to publicly acknowledge our debt to Blu.

שקמתי אם בישראל - You arose, a mother in Israel.

The festschrift takes its name from the Song of Devorah (Judges, chapter 5), in which Devorah, previously described as prophet, judge, and leader is here depicted as mother. The fierce advocacy, compassion, and persistence that mark her political, moral, and religious leadership are also traditional hallmarks of motherhood. As Rifka Rosenwein a"h wrote, "At its heart, it feminism] is an effort by mothers willing to take risks in order to make life better for their children." Creating a life that encompasses both private and public spheres, models strength and warmth, and attends to tsarkhei tsibbur, without compromising the needs of one's family, is an accomplishment that seems unattainable. Blu does it every day.

The 18 articles published in this volume have been organized to reflect three facets of Blu's contribution. The first section, Leading by Example, focuses on the effects Blu has had through her writings on important thinkers and change agents in the Jewish community. The collection of articles in Respecting Tradition, Advocating Change respond to Blu's call for expanding the roles of women within the framework of Halakhah. Blu has championed the rights of women to undertake Torah study at the highest level and confidently stated 30 years ago that Orthodox women would become rabbis. The final section, Say to Wisdom: You are my Sister (Proverbs 7:2), is a collection of Torah essays written by prominent rabbis and educators.