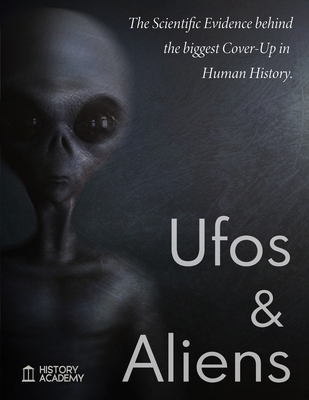 By History Academy
$14.97
Email or call for price.

Are we alone in the Universe? For centuries extraterrestrial presence has manifested on Earth and could be the cause of some of the most important events in human history. Beyond all legends, myths and religious beliefs today we have the means to discover the truth thanks to scientific evidence, dossiers and public declarations.

In Roswell in 1947, three extraterrestrial spaceships were shot down and many similar events happened again since then. On that night we came into contact with a new technology capable of no longer being dependent from nuclear energy, oil and other traditional fuels. Now it is time to reveal this uncomfortable truth to the world.

After seventy years and a million documented cases, of which 200.000 gathered in an international database, many governments around the world don't exclude that the UFOs exist.

UFOs and Aliens: the Scientific Evidence is the most complete volume about UFOs sightings and it contains all scientific proofs of alien landings.

Through the course of the 50s and the 60s, the American Air Force was involved in a secret program to evaluate all the reports of UFOs. Under the name of Project Blue Book, the Air Force analyzed more than 13.000 sightings. The goals of the mission were to evaluate the threat to national security and to understand alien technology and possibly reproduce it. This book is based on the secret files that came out after the Freedom of Information Act: government documents and many testimonies of scientists, soldiers and people from all the country who witnessed UFOs.