The Mysteries of the Apocalypse: An Investigation into the Most Fascinating Book in History (Hardcover) 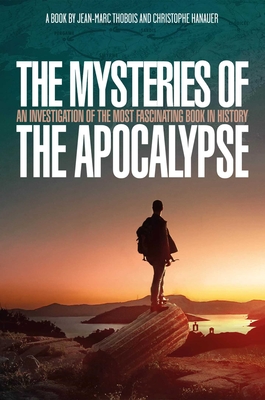 Inspired by the complimentary feature film documentary series, The 7 Churches of Revelation, The Mysteries of the Apocalypse by Jean-Marc Thobois and Christophe Hanauer looks at the book of Revelation through the lens of biblical history, archaeology, and culture, giving readers a more accurate—and fascinating—understanding of the end times.

The book of Revelation, written by the Apostle John, opens with a set of seven letters sent to a community of seven churches located in present-day Turkey.

The term apocalypse has acquired a negative connotation over the centuries that has taken it away from its original meaning to evoke a cataclysmic and destructive event. This word has become popular for the wrong reasons. In Ancient Greek, it means a disclosure or revelation of great knowledge.

The first key to better understand the mysteries of the prophecies of Revelation is to refer to Old Testament scriptures. In order to understand the New Testament, one should ask how the people of Israel understood and interpreted the teachings of Jesus and the apostles in their day.

The second key is to consider the historical and political context of the time of writing of the text. In the first century, the Roman Empire persecuted, sometimes with extreme violence, the followers of Jesus Christ.

Finally, the third key proposed is to regard the book of Revelation as a sort of synthesis, a summary of eschatological prophecies present throughout the Bible.

Far from claiming to provide absolute truth, these three major keys help to decipher the true meaning of the text and better grasp its allusions and other symbolisms. Thus history, archeology, and culture anchor the book in reality. This unveiling gives context that speaks with great interest to our generation.

Christophe Hanauer is a project engineer in the research and development sector, in the field of machines, engines, and energy. In addition to this very “down to earth” career, Christophe is also the founder of Millenium-Production and a producer of films. Passionate about metaphysical questions which, according to him, are perfectly complementary with the rational, physical scientific world. The marriage of these two sensibilities has led him to produce rigorous and profound documentaries to share his thoughts and discoveries with his generation.

Pastor, teacher, biblical scholar and leading exegete, Jean-Marc Thobois had studied the history of Israel and biblical archeology at the Hebrew University of Jerusalem between 1965 and 1967. He was one of the top leading specialists in Hebrew in French speaking countries and participated in the translation of the Bible of La Colombe. His level of erudition on subjects related to biblical prophecy and Israel is astounding.

“Jean-Marc Thobois devoted his life to making the Jewish Tradition better known to his faithful and insisted on the Jewish origins of Jesus, while defending, from the fulfillment of biblical prophecies, the current place of Israel in the world.” —Haïm Ouizemann