Was Jesus Christ a Negro? and The African Origin of the Myths & Legends of the Garden of Eden Paperback (Paperback) 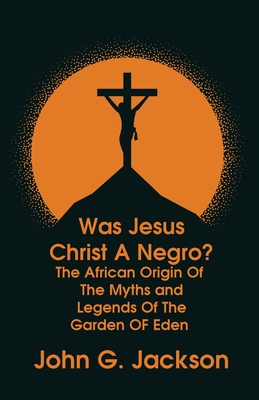 Jackson was born in Aiken, South Carolina, on April 1, 1907, and raised Methodist. At the age of 15 he moved to Harlem, New York, where he enrolled in Stuyvesant High School. During this time, he became interested in African-American history and culture and began writing essays on the subject. They were so impressive that in 1925, while still a high school student, Jackson was invited to write for Marcus Garvey's newspaper, "Negro World." From 1930 onwards, Jackson became associated with a number of Pan-African historians, activists and writers, including Hubert Harrison, Arturo Alfonso Schomburg, John Henrik Clarke, Willis Nathaniel Huggins and Joel Augustus Rogers. He also authored a number of books on African history, promoting a Pan-African and Afrocentrist view. "Was Jesus Christ a Negro?" is one of these tracts. It is accompanied by a second related tract "The African Origin of the Myths and Legends of the Garden of Eden," also included in the second part of "Was Jesus Christ a Negro?" in which he argued that Jesus may have been a black man.