Air Affair II: A Courageous Journey of Adventure and Reality for a Woman Aviator (Hardcover) 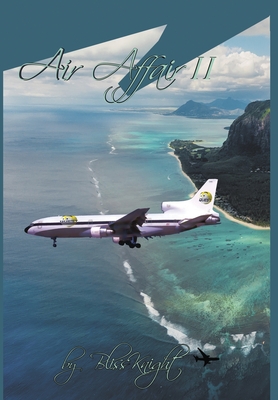 Through a loving father who supported her dreams, Bliss Knight took on and succeeded in the many challenges of becoming an airline pilot in a man's world. Tempered to adventure by her experiences in the wilds of Alaska with her U.S. Army father, her eyes were soon directed to the sky as in retirement her father helped develop some of America's first satellites at Vandenburg Air Force Base with Lockheed. With his encouragement she learned to fly and then took the next step to her exciting career choice. However, it did not take long to realize that men dominated not only the positions but all of the decisions in her newfound vocation.

Air Affair II documents those struggles and ultimate success despite the impediments of other pilots, supervisors and even lawyers who saw the world only through the blue-tinged vision of a male. In their oft short-sighted perceptions they created both purposeful and subconscious obstacles that only a woman could appreciate. However, if anything, Bliss' endurance shines as an example of not only courage but of the strength of dreams and desire that overcomes even defeat.

Join her bumpy ride in the air and on the ground in her affair with the skies in Air Affair II. It will be an exciting and eye-opening journey, so buckle your seat-belt

This Edition is the Color Interior Edition of Air Affair II.