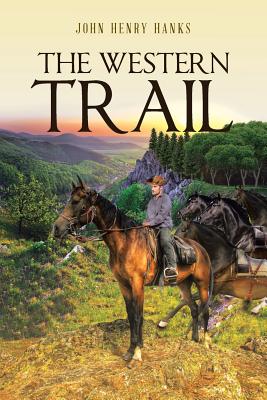 The Western Trail is the first of a trilogy of books that depict the long journey of a young man who graduated from West Point at the beginning of the Civil War. Before he was to go to his newly assigned post, he wanted to see his parents at the home farm. Upon arriving there, he found them murdered by Union soldiers for no apparent reason. This set into motion his giving up his commission and joining the Confederate army. At the end of the war he had no place to return to, so he decided to head West to start life anew. Several of his men went with him as they had no homes to return to either. He started his journey on The Western Trail by hiding on a steamship bound for Texas. They worked on various ranches in Texas, but he grew weary and wanted to seek out his own way of living in the West. This book details his journey clear to the Pacific Ocean and back to a place he sought to call home. He found it by accident and luck, and also discovered a cache of gold, worth much more than he had ever seen. It led him to find a hidden valley, with high cliffs, that were home to ancient cliff dwellings and a large lush valley, perfect for him to settle into. The Western Trail tells his story in his own words, the hardships, the hard work to survive in such a harsh land and how he overcame all that he faced and carved out an empire that would endure.