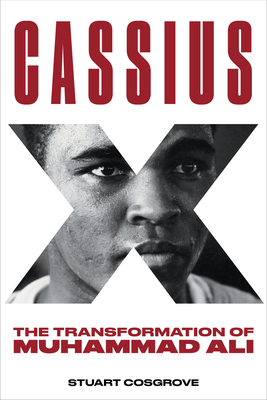 Although Muhammad Ali’s decision to assume a new name has often been portrayed as a sudden transformation, Cassius Clay’s conversion to Islam was a process, not an event. For many months he received guidance from Malcolm X, who had traveled from Harlem to Miami to be his mentor as he studied for his entry into the deeply divided and fratricidal Nation of Islam. The name he assumed over those now-forgotten months was Cassius X. This is the story of Cassius X over twelve months in Miami, a city that was changing faster than America itself, as he trains for the fight that will bring him global fame: his world heavyweight title fight against Sonny Liston in February 1964. Change was happening on every conceivable front, not least in music where two significant coincidences brought Cassius X into contact with the two major forces in sixties music: Beatlemania and the newly emergent soul music. The Beatles famously turned up at Clay’s training camp at the 5th Street Gym and Sam Cooke negotiated a recording deal for the flamboyant Cassius X. However, his music career, which included a cover version of Ben E. King’s “Stand By Me” and a brief love affair with the dance-craze queen Dee Dee Sharp, never came close to echoing his career as a championship fighter. Politically, the Warren Commission, the FBI’s “Informant 88,” and the philosophical differences between Martin Luther King Jr. and the emergent black power movements were all at work. Cassius X’s experiences came to pre-empt and predict the major cultural and ideological shifts that would unfold in the decade ahead.

Stuart Cosgrove is the award-winning author of the history of soul music trilogy Detroit 67: The Year That Changed Soul, Memphis 68: The Tragedy of Southern Soul, and Harlem 69: The Future of Soul.

"Cassius X is a delightful ride in a cherry-red Cadillac, with soul music on the radio and a steady hand at the wheel. A thoroughly enjoyable journey." —Jonathan Eig, author of Ali: A Life

“Crisply written, fast-paced, and original, this book surges with the kind of effervescence we have long associated with a young Cassius Clay. Even the most informed Muhammad Ali fan will learn something new from this book, which includes previously unexplored details about the champ’s relationships with singers Sam Cooke and Dee Dee Sharp, his manager Bill Faversham, and boxers Don Warner, Luis Rodriguez, and Jimmy Ellis. Readers will even learn of a Mafia assassination plot against the young fighter’s life that was investigated by the FBI. Filled with colorful details, with a learned eye toward the music of the era, Cassius X hits all the right notes.” —Michael Ezra, author of Muhammad Ali: The Making of an Icon

“Cassius X takes us on an exciting trip through the urban worlds of boxing, soul music, and crime, as Cassius Clay joins the Nation of Islam, becomes Muhammad Ali, and ascends the ranks of boxing to become World Heavyweight Champion during the early 1960s.” —Lewis Erenberg, author of The Rumble in the Jungle: Muhammad Ali and George Foreman on the Global Stage

“There are many books about Muhammad Ali, but none like Stuart Cosgrove’s Cassius X. Focusing on the athlete’s transformation from Cassius Clay to Muhammad Ali, Cosgrove provides the reader with an extraordinary view of the radical psychological and spiritual changes that Ali experienced during the early part of his career. He does this while expertly weaving in the social upheaval during the Civil Rights era and how those events shaped the boxer’s personal evolution. Too often, biographers of African American public figures focus on their achievements at the expense of how those achievements impacted the personal lives of the individual. Not so with Cassius X. The book is a deeply personal look at one of ‘The Greatest’ public figures of the last one hundred years and is a model of how biographies of African Americans should be written.” —Ray Winbush, author of Belinda’s Petition: A Concise History of Reparations for the Transatlantic Slave Trade

"[A] sharp, thoughtful reflection on a long-reverberating moment in sport and society." —Kirkus Reviews