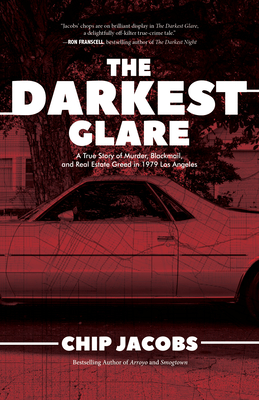 Late-seventies Los Angeles was rampant with killers and shady characters, but all the go-getters at Space Matters saw was possibility. Richard Kasparov was handsome and charismatic; his younger associate, Jerry Schneiderman, brilliant and nerdy. When the pair hired a veteran contractor to oversee construction, the space planning firm they operated out of a hip mansion in LA's Miracle Mile district appeared poised to transform the boundless skyline into their jackpot. After the promising team imploded, however, the orderly lines on their blueprints succumbed to treachery and secrets. To get even, one of the ex-partners launched a murder-for-profit corporation using, among other peculiar sorts, a bantam-sized epileptic with a deadeye shot and a cross-dressing sidekick. The hapless criminals required a comical number of attempts to execute their first target. Once they did, on a rainy night in the San Fernando Valley, the surviving founder of Space Matters was thrown into a pressure cooker existence out of a Coen Brothers movie. Threatened for money he didn't have, he donned a disguise, survived a heart-pounding encounter at the La Brea Tar Pits, and relied on an ex-Israeli mercenary for protection. In the end, he had to outfox a glowering murderer, while asking if you can ever really know anyone in a town where dirty deals send men to their graves. In The Darkest Glare, Chip Jacobs recounts a spectacular, noir-ish, true-crime saga from one of the deadliest eras in American history. You'll never gaze out windows into the dark again. Included as a bonus is an original true crime short from the same unhinged era. In "Paul & Chuck," a flashy, crusading attorney wages war against the messianic leader of a bloodthirsty cult determined to teach the world to stay away.

Chip Jacobs is an award-winning author and journalist. His novel, Arroyo, about Pasadena, California's mysterious Colorado Street Bridge, was a Los Angeles Times bestseller, CrimeReads most anticipated book. His other books include Strange As It Seems: The Impossible Life of Gordon Zahler, the bestselling Smogtown: The Lung-Burning History of Pollution and its sequel about China, The People's Republic of Chemicals, the latter two with William J. Kelly. His writing and subjects have appeared in the Los Angeles Times, the Los Angeles Daily News, The New York Times, The Wall Street Journal, Marketplace, Slate, C-SPAN, LA Weekly, CNN, and elsewhere. Jacobs, a graduate of the University of Southern California, is at work on his follow up novel, and several non-fiction projects.