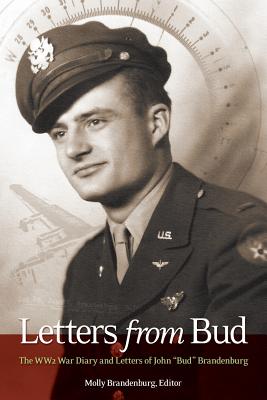 "Letters From Bud" is the remarkable, first-hand account of the harrowing air war in Europe as told by WW2 flight navigator and bombardier John "Bud" Brandenburg, in his letters home during the conflict, from 1944-45. With guts, wit and grace, Brandenburg records his experiences with the daring "Koltun crew," which flew 30 missions over Europe. Through numerous strokes of fate, the crew survived a run of missions with the "bloody" 492nd Bomb Group, a unit that endured an 80 percent casualty rate as the men faced down the seemingly unstoppable German Luftwaffe. Brandenburg's letters create a stirring picture of one young man's experiences during the war, as he served with the US Army Air Corps in Europe and then navigated supply runs with the Air Transport Command in the exotic North African and Middle Eastern theaters. Re-edited for publication by his daughter Molly, Bud's witty and often heartbreaking observations of life during the final, epoch-changing days of the war make for an unforgettable and highly adventurous read.