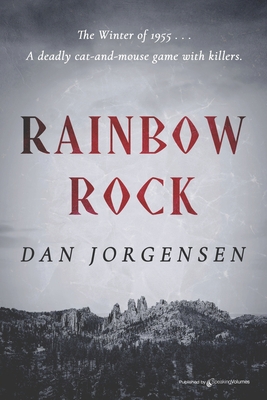 Caught in a web of illicit drug dealing and murder, Frank Silver Shore embarks on a quest to find who killed his friend Gene Darveaux and track down a satchel of drug payment money hidden by Darveaux at a place called Rainbow Rock.

In a deadly cat-and-mouse game with Gene's killers, Frank joins forces with grizzled Lakota lawman Al Twocrow and intrepid Hot Springs Star reporter Maria Tager in a race to find the hidden cash and solve Gene's murder.
But just where is this mysterious Rainbow Rock? Is it in the Fairburn Agate fields that Frank and Gene explored when they were kids, or is it somewhere in the Sacred Black Hills?
Over a taut 3-day period in the Winter of 1955, the story behind the missing drug money and why Gene was killed come into focus for Frank, Maria and Twocrow as they deal with both the killers and the rugged Black Hills terrain to solve the mystery of Rainbow Rock.