Ottoman Empire: A Captivating Guide to the Rise and Fall of the Ottoman Empire, The Fall of Constantinople, and the Life of Suleiman t (Hardcover) 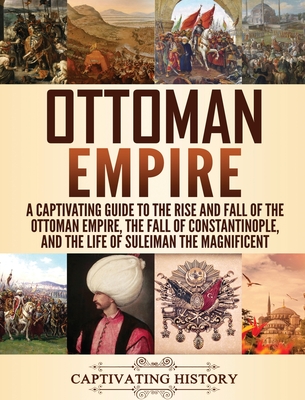 If you want to discover captivating stories of people and events of the Ottoman Empire then keep reading...

Three captivating manuscripts in one book:

The Ottoman world was nothing like an exotic fairytale featuring tyrant sultans, mean pashas, and ill-fated harem women. The true stories of genuine sultans and princes are a bit more complicated and no less exciting.

Incredible facts about this empire still surprise anyone who starts discovering those stories. You'll find out that, for quite a while, this Islamic state was effectively ruled by women, and that's just the beginning.

Some of the topics covered in part 1 of this book include:

Some of the topics covered in part 2 of this book include:

Some of the topics covered in part 3 of this book include:

So if you want to learn more about the Ottoman Empire, click the "add to cart" button