Erik the Red: A Captivating Guide to the Viking Who Founded the First Norse Settlement in Greenland (Hardcover) 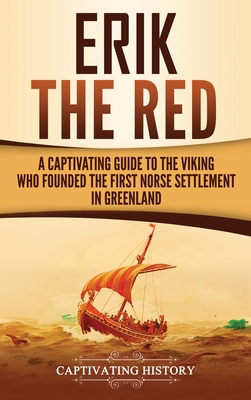 Explore the Captivating Life of Erik the Red

A formidable figure with flaming red hair, a wild beard, and a temper to match is not the type of person most people would choose to cross swords with. And that, by all accounts, is a fitting description of Erik the Red. This was not a man to be taken lightly or challenged in battle. He was courageous on the battlefield, an accomplished seafarer, indomitable warrior, and unstoppable adventurer. In short, Erik the Red was everything we imagine a Viking to be.

Some of the topics covered in this captivating history book include: