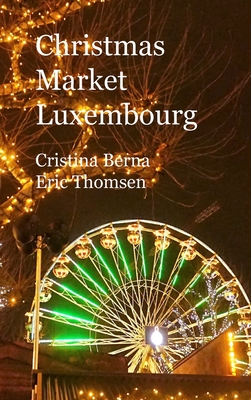 By Cristina Berna, Eric Thomsen
$79.95
Email or call for price.

Let us visit the Christmas market in one of the smallest countries of the world - The Grand-Duchy of Luxembourg.

Luxembourg sits right in the center of Western Europe - between France, Belgium and Germany. The size is 2,586 km2.

The year in Luxembourg is divided by a number of popular festivities and one of them is of course Christmas.

Luxembourg city is a capital and has the cosmopolitan feel of a capital, but it is also so small that you can easily walk round to all the different Christmas market sites as well as other interesting attractions.

Being so close to France and sometimes part of it, Luxembourg has this feeling of French culture and good taste and architectural influence as well as politeness, although today Luxembourg is a truly Western cosmopolitan city.