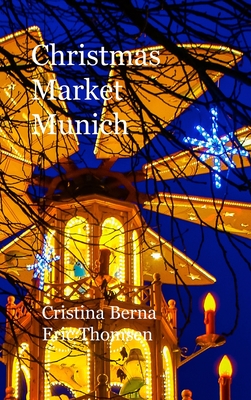 By Cristina Berna, Eric Thomsen
$79.95
Email or call for price.

It started as the Welcoming of Christ the Child - "Christ Kind" in German - at the beginning of the four Sundays of Advent that ends with Christmas Day, which is the 25 December.

The Christmas market is a fair connected with the seasonal period and infused with our religion, which very much organized everybody's lives back then.

In Medieval times, rights to hold fairs were often granted by the feudal lords to convents and bishoprics both as income generation for the religious work and as a city development tool. Many towns trace their prosperity to the market rights. The close association between the local cathedral and the Christmas market is still evident although the taxes now go elsewhere.