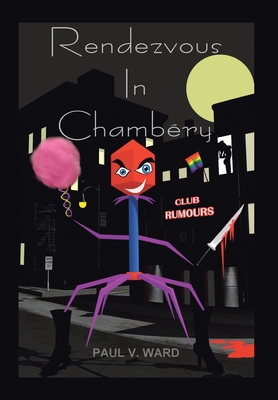 How can a discovery meant to bring about good and sanctity to society bring about destruction, evil, and death? Patrick West is a very diverse individual who is bicultural, American and European. He leaves his native London for higher education in the heartland of America, the Midwest. Patrick worked very hard to become a microbiologist and is ranked third in his class at Northwestern Law School in Chicago. His experiences have led him to a discovery that could possibly have an effect on many lives, and it may cost him his own.

Three of Patrick's closest friends have been mysteriously killed. In a race against time, authorities are baffled in explaining the trail of dead bodies stretching from the "Show Me State" of Missouri to Chicago and abroad. And the only clues available to the FBI are the victim's relationship to Patrick and a memo that each received via e-mail.

In the fall of 1994, six of nine individuals who have crossed paths with Patrick are bound on separate flights to Chamb ry, France. Among the nine individuals are Caressa Morris, his former beautiful girlfriend who's esurient to feast on compassionate love; Paul, a Midwestern farm boy from Iowa, escaping his rural roots; Kevin, an NFL prospect; Tracy, a lioness in adversity; Dr. Jonathan Smith, a veterinarian; Eric Williams, a trailer park resident and con artist; Dr. Richard Lee, a research biochemist; Rachel, an heiress to a family fortune; and April, an intellect who takes unconventional and eccentricity to another level. Could there be a connection between these nine individuals and Patrick's discovery? Is it a coincidence? Or could each of them be running from their own hidden haunted past?

In an era of advanced technology and e-mail, buckle your seat belt because Rendezvous in Chamb ry is an intriguing first-class ticket to suspense that grabs you from page one, and it begs the question, "How can something so beautiful bring about so much evil?" Meet me, in Chamb ry