The Winepress of God's Wrath: A Commentary on the Book of Revelation From a Near-Historic Perspective (Paperback) 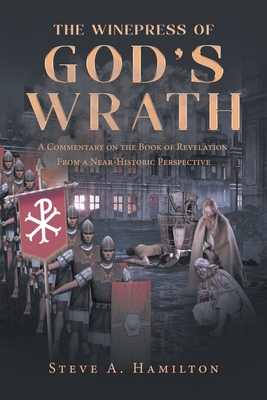 Without exception, this is the most revealing commentary of the book of Revelation in decades This fresh and historically researched commentary reveals what early Christians had known so many years ago about the apocalypse. After 1,900 years, present-day Christians finally have a reliable document that explains Christ's prophetic book. This commentary contains amazing insights.

One of the main adversaries in the book of Revelation was a prominent historical figure. He was known as the savior of the church. People looked up to him and worshipped him. The apostle Paul called him the man of sin and the son of perdition (2 Thessalonians 2:3). The apostle John, in one of his earlier writings, called him the Antichrist (1 John 2:18). Those who failed to get their names written in the Book of Life marveled at his presence in eternal punishment (Revelation 17:8). That person is identified by name in this commentary.

Armageddon is more than a great battle in the book of Revelation. It is the one defining event that will affect everyone's life. The number of combatants "is as the sand of the sea." Yet the battle will be over before it ever begins (Revelation 20:8-9).

The bowls of God's wrath were poured out on a wicked and unsuspecting world. Historically, "a foul and loathsome sore came upon the men who had the mark of the beast and those who worshipped his image" (Revelation 16:2). This plague was described in detail by writers who lived as it occurred. This commentary includes their firsthand accounts.

The Winepress of God's Wrath depicts God's anger at a wicked society while providing hope and comfort to believers. The theme in the book of Revelation is clear-the wicked will not escape destruction. Only obedient Christians will avoid the winepress of God's wrath.