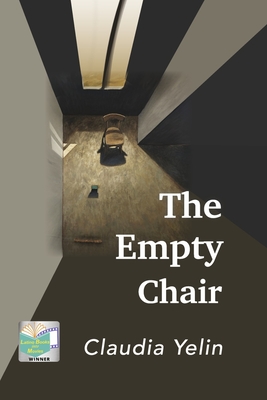 In the midst of a ruthless dictatorship in Argentina, during which thousands of people are brutally killed or disappeared, the Khun family emigrates to the United States. Uncle Hugo Khun, still so very young, is among the desaparecidos.
Years later, Doctor Pablo Khun—father, husband, and older brother of Hugo—receives a phone call at his office. There will be a trial in Argentina regarding his brother's kidnapping. In a haze, Pablo goes home and tries to rest on the couch, but he can't: he's been avoiding even the mention of his brother since the family fled.
That night, the Khun family (Pablo, his wife, Laura, and their three children: Camila, Dora, and Dani) are forced to confront why they left Argentina. Yet the family meeting does not go well: Pablo's mute. Laura stumbles over her explanation. Dani, age seven, storms out with Camila, sixteen, on his heels. And Dora the middle-schooler, who's already struggling to adjust to the United States, can't understand how her parents lied to her for years.
Told through each family member's unique voice, the family's crisis deepens as everyone comes to the horrible realization that Hugo wasn't just kidnapped, he was murdered. Dani gets sick at school. Dora reminisces about the word games she used to play with her uncle. And Camila has to reconcile Hugo's tragedy with her recent invitation to the prom by Zac Higgins, the guy of her dreams. How does a teenager negotiate such joy and sorrow at once?
Meanwhile, with Pablo practically absentee, Laura, the mother, is forced not only to bear the family's trauma but to handle an escalating crisis at Camila's high school: Laura, a school committee member, had recommended to a teacher, Mrs. Simpson, that the school find a new graduation speaker. Why should a basketball player give a commencement speech? Yet Laura soon learns that the speaker is black, and she's just stepped into a minefield. Now, both accusations of racism and racist taunts are being tossed—not just at Laura, but at her daughter too.
The Khun family flies to Argentina to assist in the trial. Yet Pablo's more sullen than ever. And the racist debacle at Camila's high school is only gaining strength: There's a riot in Mrs. Simpson's classroom, and students are brought to tears trying to defend the Khuns. So says Zac Higgins in the love letters he's sending to Camila.
The trial grows near, and tensions escalate. After lawyers learn that Pablo, a doctor, was present in an ambulance used for illicit military operations, Pablo's role in the trial turns from character- to eye-witness. He must remember his past, his brother, but he can't. And little precocious Dani, the youngest of the children, barely understanding the big words being flung—dictator, militia, kidnapping, Habeas Corpus—he's starting to feel invisible. Maybe it'd be better if he ran away …
THE EMPTY CHAIR is the story of a family torn apart by a dictatorship but reunited by the belief that large battles must be fought in our own backyards.

Claudia Yelin is an award-winning author originally from Buenos Aires, Argentina. Her family settled in the Washington, D.C. area where she currently practices as a psychotherapist. Two of her four books have won the International Latino Book Award from Latino Literacy Now.

Her most recent book, THE EMPTY CHAIR, fictionalizes the trauma her family endured under an Argentine dictatorship.