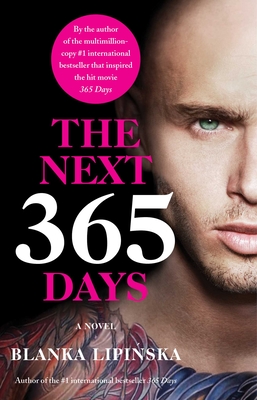 This is book number 3 in the 365 Days Bestselling Series series.

The global phenomenon and USA TODAY bestselling inspiration behind the Netflix film of the same name—the 365 Days series—continues as it follows the sizzling story of Laura and Massimo.

As the wife of Don Massimo Torricelli, one of the most dangerous Mafia bosses in Sicily, Laura’s life is a roller coaster. She is often at risk, the potential target of Massimo’s unscrupulous enemies who will stop at nothing to destroy the powerful man. And when Laura is seriously injured in an attack, pregnant and fighting to survive, Massimo faces the toughest decision of his life. What will his life be without Laura? Will he be able to raise their child alone? What will the fate of his family be, and whose 365 days may come to a close?

Blanka Lipinska is a #1 international bestselling author. Her trilogy has been translated in almost thirty languages and sold in over a hundred countries worldwide with millions of copies in print. She’s an author out of desire rather than necessity and writes for fun instead of money. She loves tattoos, values truthfulness, and treasures altruism. Annoyed with the lack of openness about sex, she took it upon herself to start a discussion about the many sides of love. She likes to say that talking about sex is as easy as preparing dinner. Blanka was ranked as one of Poland’s highest paid writers in 2019 by Wprost magazine. In 2020, the same magazine listed her as one of Poland’s most influential women. The Polish National Library readership survey lists her in the top ten most popular authors in Poland and ForbesWomen magazine included her among the top female brands. Her bestselling novel 365 Days is the basis of one of 2020’s most successful Netflix movies worldwide. The film has spent ten days as #1, the second highest in the chart’s history. The Netflix movie for 365 Days: This Day also shot to #1 in almost ninety countries in the first week.