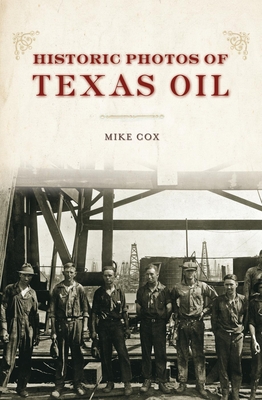 On January 10, 1901, near Beaumont, Texas, an unremarkable knoll of earth the world would soon call Spindletop shot a geyser of oil a hundred feet into the air, confirming the belief of Pattillo Higgins that black gold lay buried there. The Texas oil industry had begun in earnest, and neither Texas nor the world would ever be the same. In the years to come, Texas oil would fuel the nation's automobiles and help to bring victory to the Allies in both world wars, shaping America's destiny throughout the twentieth century. Join author and historian Mike Cox in this photographic visit to the heyday of Texas crude as he recounts the stories of key oil-patch discoveries around the state. Nearly 200 images in vivid black-and-white, with captions and introductions, offer a roughneck-close look at this uniquely American tale of dry holes and gushers, ragtowns and riches, boomtowns, blowouts, and wildcatters gone broke.