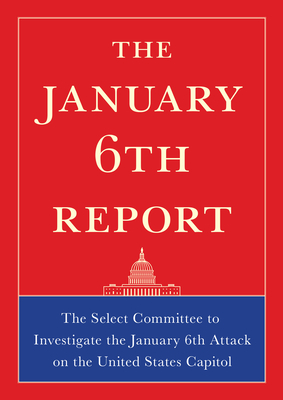 What did the President know, and when did he know it?

This is the definitive edition of the riveting historic report by the Congressional committee investigating the plot to overthrow American democracy — presented here without bias from celebrity introductions, afterwords or other punditry, by a publisher "that has won praise for its carefully presented editions of major government reports," according to the Washington Post.

It is the complete, unedited Report of the Select Committee to Investigate the January 6th Attack on the United States Capitol — and nothing but the report.

The result of thousands of interviews, testimony that resulted from the issuance of over 100 subpoenas, countless hours investigating telephone and internet records as well as analyzing audio, photo and video evidence, the report uncovers an intricate scheme — involving numerous right wing militants, individuals and elected local, state, and Federal officials — to overturn the results of the 2020 presidential election.

The central question of the report, answered in stunning detail here, is how involved was the President of the United States?

Notably, this investigation also tells the inspiring stories of the many people who doggedly stood up to the plotters, often at great personal risk, including the threat of violence. This report powerfully depicts their experience, showing just how fragile our democracy is, and how easily this could happen again.

Months in the making, this stark and gripping text will allow every American to learn for themselves what really happened at the Capitol of the United States on January 6th, 2021.

Members of the committee: