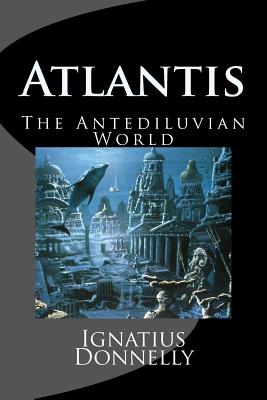 This book more than any other established the existence of this lost continent for the modern world. Attracting hundreds of thousands of readers and stimulating vast debate, it influenced generations of people including countless scientists who went on to do serious work in their fields, and numerous science-fiction writers. It is a measure of the power of the Atlantis myth that, despite all the evidence to the contrary, the idea of a submerged Atlantic Ocean continent remains vigorous today, long after Donnelly's work first appeared. A lawyer and politician before he turned to writing, Ignatius Donnelly spent many years amassing evidence for his book on Atlantis. Displaying an immense knowledge of Platonic and Biblical material, comparative archeological discoveries, folk traditions of deluges, and geological data supporting catastrophic volcanic activity, Donnelly staggered his readers with "facts" and overwhelmed them with his many brilliant arguments. The highly appealing idea of a lost continent with a high civilization, one that was the mother of all other civilizations, is one of the most enduring of all human myths and shows no signs of disappearing. A seminal work on Atlantis and a classic in the history of culture, this book is the starting point for anyone sincerely interested in the Atlantis myth. Still the most readable and imaginative of the books on Atlantis, it is a work that will long outlive most of the more recent accounts. As a study of the golden past, it is an enormously intriguing and enjoyable book.