The Ridiculously Simple Guide to Google Home Hub: A Practical Guide to Setting Up a Smart Home (Paperback) 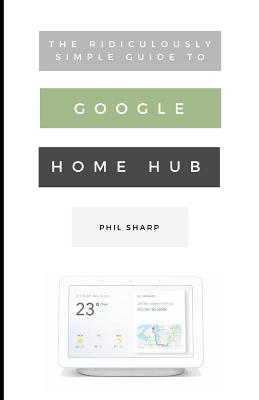 In 2016, Google announced it was getting into the home assistant business with Google Home. The smart device allowed users to essentially have a computer controlled by their voice. Google was just getting started. In 2017, Google released two more devices: the Google Home Mini and Google Home Max. Finally, in 2018, Google announced that its smart speaker would get a whole lot more visual with the Google Home Hub.The Google Home Hub is a hybrid of two worlds--a device that works best with both your voice and by touch. The same voice commands as the non-touch Google Home's are there, but a screen gives it the extra touch you need to control things in your home like security cameras.It's original, powerful, and just a little weird It's unlike anything you've ever used--not quite a tablet, not quite a voice assistant, not quite a computer--it's a Hub Because it's a little weird, it takes some getting used to; this guide will walk you through what you need to know to get the most out of the powerful display.Ready to get started?