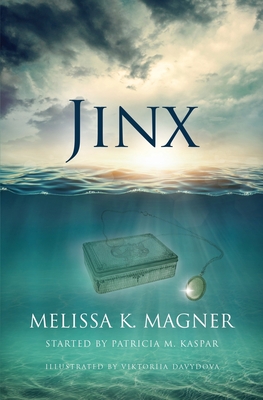 A thrilling blend of fantasy and horror, Jinx follows two teenage girls who find a mysterious box in the ocean and are thrown into an intricate web of lies, deceptions, and ancient curses. Sometimes, the most unassuming things are the most dangerous, and those who strike a trustworthy impression harbor the darkest secrets.

Things are quiet in the morning, especially in an unassuming town like Aledale. When sixteen-year-old Jan (often referred to as "Jinx") and her best friend Shelley attempt to catch low tide early in the morning at the local cove, Jan uncovers a little box with a mermaid carved into the lid, adorned with shining emerald eyes and a mysterious message and locket inside. After putting the necklace on, Jan begins to experience painful and unsettling episodes that leave her floundering for an explanation. Accompanied with the unrelenting desire to keep the locket close, Jan drags Shelley on a search for clues as to whom the necklace and box belong to. As they fall further into the intricate web spun by the people trying to get back what they claim is theirs, Jan and Shelley learn about a peculiar legend and why what they found needs to fall into the right hands. But not all hands are the right ones, and not all secrets can be kept. After all, some things are predestined to be jinxed.