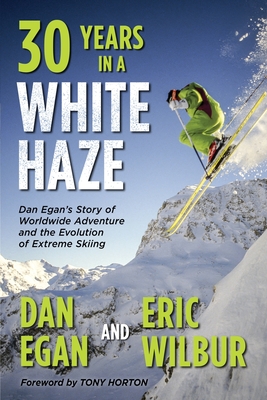 Sheltered in a snow cave on Mount Elbrus, Dan Egan stares into the mouth of a storm on the tallest mountain on the European continent, a merciless mountain that claims more lives per year than Everest. In the belly of the beast, Egan takes stock of every moment that brought him here-the life of a Boston boy enthralled with self-determination and adventure.

Egan emerges from the white haze of the storm to summit a climactic arc of perseverance we see repeated across decades on skis, on sailboats, in personal relationships, in entrepreneurial endeavors, and in examination of self. The world-renowned pioneer of extreme skiing takes the story of his youth growing up in New England and artfully creates the stage for the simultaneous evolution of big mountain skiing and his personal journey on snow and sea.

Featured in 12 Warren Miller Entertainment ski films, on the Discovery Channel, ESPN, Good Morning America, in Powder Magazine, and other media outlets, Dan Egan is an award-winning broadcaster and film producer, and a ski legend who continues to teach and share his love of the sport around the globe. Dan and his brother John Egan, as the Egan Brothers, traveled to some of the world's most remote regions following the geopolitical events of the 1980s and 1990s. They made first descents on the Berlin Wall, skied beside the Persian Gulf War, and organized the 1993 Middle East Peace Ski in Lebanon; the brothers were willing to ski wherever the world would watch and listen.

Thirty Years in a White Haze: Dan Egan's Story of Worldwide Adventure and the Evolution of Extreme Skiing chronicles Dan's trials, successes, and losses, as well as the technological boom and subsequent growth of the outdoor media industry. The book maps time and space, unraveling history as Egan ties together his own family's story, the ever-present mortality of his namesake, his grandfather's involvement in desegregating Boston's schools, and the rise of extreme skiing and technology into the new millennium. An ode to a life filled with curiosity, growth, freedom, and its costs, Dan Egan and Eric Wilbur's new book promises a heavy dose of humor, suspense, thrill, and documentary, as thirty years of haze dissipates to clarity.