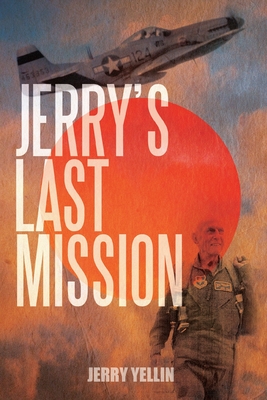 Jerry's Last Mission captures the emotional turmoil of World War II enemy combatants whose lives are forever changed when their youngest children marry each other. Jerry Yellin was a World War II P-51 fighter pilot who returned to the United States from the Battle of Iwo Jima and 19 missions over Japan with a deep loathing of the Japanese. Taro Yamakawa enlisted in the Japanese military hoping to fly fighter planes against the hated Americans and, if necessary, die for his country and Emperor.

Their feelings of distrust and animosity toward each other's nation lingered for years until their world was turned upside down when Jerry's youngest son moved to Japan and fell in love with Taro's daughter. Through deep agonizing soul-searching reflection, the two fathers eventually open their hearts and their arms to each other.

Jerry Yellin's book is a mesmerizing account of his life and war experiences, his evolution from warrior to peace advocate. Its message is universal: All humanity shares a connection. And Jerry and Taro came to realize that connection should never be severed by war.