Anne of the Island (Anne of Green Gables #3) (Hardcover) 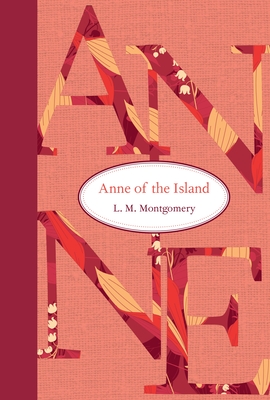 This is book number 3 in the Anne of Green Gables series.

Eighteen-year-old Anne has left Green Gables for university in nearby Nova Scotia, where she will finally fulfill her dream of earning a degree. She sets up home in a cozy cottage in bustling Kingsport with Avonlea's Priscilla Grant and a new friend, the beautiful Philippa Gordon. But it's not all fun and games. Anne's childhood friend, Ruby Gillis, dies of tuberculosis back in Avonlea, shattering Anne's carefree attitude to life, and Gilbert finally declares his feelings and proposes. But Anne still has a naïve, overly romantic view of love and rejects him, driving a wedge between them. A two-year relationship with a fellow Redmond College student, Roy Gardner, follows, but when he also proposes, Anne realizes that he's not the one for her after all. When she returns to Avonlea and learns that Gilbert is deathly ill with typhoid, she is distraught. Will she recognize the depth of her feelings at last? Or is it already too late for Anne and her one true love?