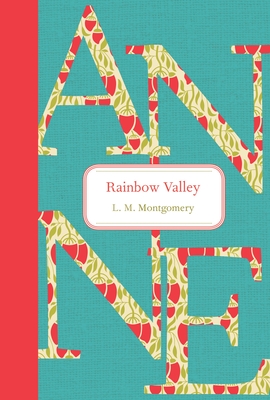 This is book number 7 in the Anne of Green Gables series.

Anne and Gilbert have now been married for fifteen years and are busily raising their six rambunctious children in the village of Glen St. Mary. But when a new minister, John Meredith, comes to town with his own four youngsters in tow, things get very boisterous indeed. Together, the Blythe and Meredith children hatch schemes in their own private hideout--a hollow they call Rainbow Valley. There, they plot to rescue a young runaway named Mary Vance, and even form the Good-Conduct Club so the Meredith children can redeem themselves in the eyes of the disapproving townspeople.
But their grandest and most important scheme centers around poor widowed John Meredith himself, who has surprised everyone by falling in love once more. Will the Meredith children--with the help of their new friends, the Blythes--be able to bring happiness back into the life of their lonely father at last?
There's always an adventure brewing in the world of Rainbow Valley.