Heart of the Raincoast: A Life Story (Paperback) 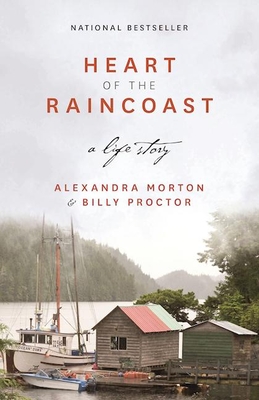 "A lot of people think they own the things on this planet, but they are wrong, because we are just visiting for a short time and then we are gone ... Everything was here before we came here, and I hope that everything will be here after we are gone." --Billy Proctor Along British Columbia's remote central coast lives Billy Proctor, a fierce mainlander who has spent his entire life on the water. He became a commercial fisher-man at age seven, selling his daily catch to his mother, a respected fishmonger. As his operation grew, so did his respect and understanding for the fish--how, when, and where to catch the thriving runs of Pacific salmon, oolichan, and herring. Eventually Billy came to realize that his beloved fish were vanishing--some to near extinction--and he understood that it was time to take action. Originally published in 1998 and now a Canadian bestseller, Billy's stories convey his profound respect and admiration for the lands and waters that he has spent his lifetime working on and fighting for. "Stories are what you need to hear--stories about people who have spent a lifetime living and working with nature. We owe a debt of thanks to Alexandra Morton, who vividly introduces us to this man, Billy Proctor. He has much to tell us with his life and words." --Robert Bateman.

Alexandra Morton is a scientist, researcher who lives and works in Echo Bay, BC. She has dedicated her life to protecting her home from salmon farms. Billy Proctor, now in his 80s, runs a museum and a bookshop in Echo Bay, BC where he shares his love of the ocean and forest with any who pass through.