When Trains Ruled the Kootenays: A Short History of Railways in Southeastern British Columbia (Paperback) 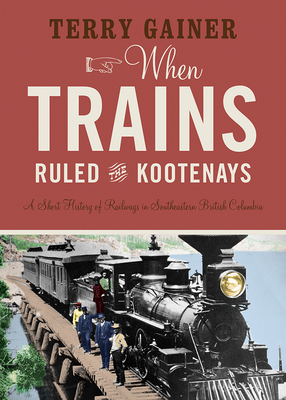 When Trains Ruled the Kootenays is the story of how the railways established an extensive and convenient transportation network to haul ore from the mines, move people, and service the communities during the early years of the 20th century in the Kootenay region of British Columbia.

Terry Gainer's latest book documents sixty years of change in the railway industry of British Columbia. The evolving transformations of life and landscape noted in the text and photos also reflect a period of rapid change in Canada. Threaded through the narrative are anecdotes from Kootenay pioneers recounting their experiences and the means of transportation of the times.

As prominent Kootenay author and historian Tom Lymbery noted, "Many books exist about the construction and maintenance of Kootenay railways. Few, if any, have been written about the people who rode them." From that, Terry took Tom's cue and began to write this book.