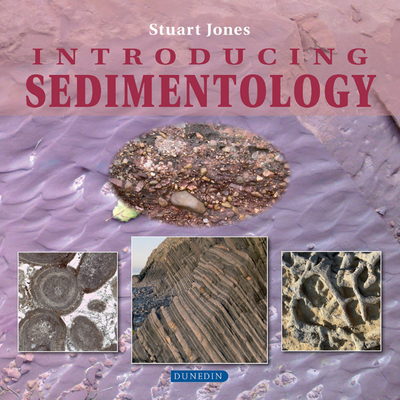 By Stuart J. Jones
This item is not available.
Out of Print

Sediments and sedimentary rocks are fundamental to our understanding of the Earth and the array of environments that characterize its surface. Since some 70% of the rocks on the Earth’s surface are sedimentary in origin and sediments are of great economic importance, there is a very good chance that we encounter a sedimentary rock or an associated sedimentary process at some point very day of our lives.

Written for students, amateur enthusiasts and professional geologists, Introducing Sedimentology provides a succinct and accessible introduction to the science of sedimentology. It is generously illustrated with many explanatory line diagrams and colour photographs. Technical terms are kept to a minimum throughout the book, but a glossary of the terms used is provided.

Stuart Jones is a Senior Lecturer at the Department of Earth Sciences, Durham University. He is passionate about sedimentology and has taught the subject for many years to undergraduate and postgraduate students, and has led many field trips and training courses for industry.

'I am impressed with the coverage achieved in a mere 86 pages. Explanations and discussions of the most important principles and concepts in stratigraphy, a variety of sedimentary basins and fossils, the most common erosional and depositional structures, a range of continental and (marginal) marine sedimentary environments, and the most important resources (‘the riches’) from sedimentary rocks, all feature. Another of the book’s traits is that Jones deliberately uses simple (but not simplistic) terms. Jargon that could not be avoided in the main text of the book is explained plainly in a 5-page glossary.'The Holocene'Much has been written about sedimentology, much of it full of terminology and, for many people, a complete tum off for what is a fascinating subject. Stuart Jones, who teaches the subject at Durham University is clearly someone who knows his subject and can put it across in a lively and attention grabbing way.

The subject matter is handled in a logical and ordered manner, giving an overview of a lot of subject matter. In the opening chapter entitled ‘What is sedimentology?' he sets the parameters for the book and introduces readers to concepts such as grains and basins, environments, facies, correlation and the 'rules of the strata game'.

Having set the scene, succeeding chapters go on to explore how we get from sediments to sedimentary rocks, sedimentary structures and sedimentary environments. These chapters expand on the introduction in chapter 1. Concepts are well explained, a process greatly aided by the excellent photographs and full colour diagrams used throughout the book. Examples are taken from the UK and around the world.'
Down to Earth magazine