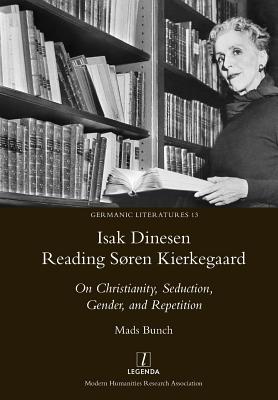 Not only did Isak Dinesen (Karen Blixen, 1885-1962) read the works of her fellow-countryman, the Danish philosopher S ren Kierkegaard (1813-1855), closely, she also created a surprisingly large number of tales that critically engage Kierkegaard's works. In this thorough comparative study, Mads Bunch uncovers Dinesen's exploration of Kierkegaard and shows how Dinesen in her tales subverts major ideas from Kierkegaard's works concerning Christianity, seduction, gender and repetition. Bunch also shows how Dinesen's critical engagement with the ideas of Kierkegaard runs throughout her oeuvre and develops from the early tale 'Carnival' (1926-27) to 'The Dreamers' (1934), 'The Pearls' (1942), 'Babette's Feast' (1950) and her last tale 'Ehrengard' (1963). Bunch's close readings reveal that Dinesen's ironical counter-tales concerning Kierkegaard border at times on sheer parody.

Mads Bunch is an Assistant Professor at the University of Copenhagen.