Diana: In Pursuit of Love (Paperback) 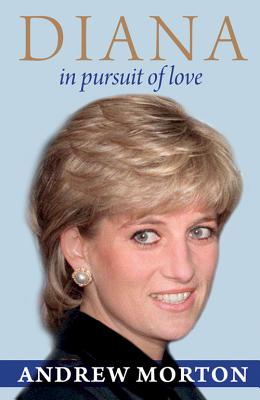 By Andrew Morton
This item is not available.
Out of Print

An updated edition of Andrew Morton's New York Times–bestselling biography of Diana When Andrew Morton's Diana: Her True Story was first published, it caused a media frenzy, severely jolted the royal family and the palace hierarchy, and shook the British establishment to its foundations. Later revealed as having been written with the Princess's full cooperation, this book is now widely regarded as her official biography. Yet it was not the full story, nor could it have been, given the circumstances at the time. This is even more apparent in the light of the events that have occurred since her death, which have been played out under the harsh gaze of the media, once again catapulting Diana's name back into the spotlight. Figures such as her sometime lover James Hewitt, her butler Paul Burrell, and Prince Charles's valet, Michael Fawcett, have emerged, while intriguing comments that Diana made to Morton in taped conversation have become extremely important in view of subsequent events. Friends, advisers, and colleagues, interviewed years after her death, feel a far greater freedom in speaking of her than they once did. In what is bound to be seen as the definitive study of the princess in the most crucial period of her short life, this book provides the last word on one of the best-loved figures of our era.

"Succeeds in putting Diana's actions in context and presenting a balanced assessment of this indelible figure." —Publishers Weekly